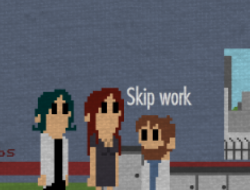 Why do we replay games? In some cases there are easy answers to this question. Some games we replay because the basic mechanic is fun and doesn’t get stale with repetition. Sometimes we replay games for the same reason we reread books or rewatch movies: because we enjoy the experience and want to go through it again.

Some games, on the other hand, are designed for replayability. And this is a slightly different beast. These games, like the Infamous series or Bioware RPGs, make a big deal about the fact that second and third playthroughs can give the player a different experience of the game’s story itself. This can mean a storyline with lots of decisions that can be made in multiple ways, or a game where choosing a different character type can give you different options or perspectives.

But is that really what players want from a story? Roger Ebert’s original argument against games as art was based on the idea that a story that can end differently depending on the audience’s choices cannot possibly be artistically satisfying. This argument appears more indirectly in experimental games like One Chance and Execution, which give the player some choices the first time around and then refuse to allow replays. These games embody the belief that going back and changing the story makes the ending less meaningful. Whether this argument is valid or not, we don’t really know how people experience a story that changes every time they read it.

Alex Mitchell and Kevin McGee from the National University of Singapore recently published a research paper that attempts to answer this question in relation to procedural hypertext fiction. The researchers gave readers two short hypertext stories, which are like digital versions of Choose Your Own Adventure books: you read a bit, then select where the story goes next from a list of hyperlinks. This makes the stories fairly similar to games with occasional points where you choose between multiple paths. They tried out different story generation styles and interviewed the readers throughout the process, all in order to figure out exactly what the readers are looking for when they read the stories a second or third time.

Readers appeared to be trying to arrive at something – rather than simply exploring possible variations, they were goal-oriented, looking for some form of closure, whether this was in the form of the “best ending for their character”, an “understanding of what the story was about”, or the “most exciting/interesting version of the story”.

Mitchell and McGee hypothesized at first that people were looking for infinite variation. They expected readers to want to follow new links and get new stories every time. What they found instead was something a little more subtle. Their readers wanted closure, but they defined that closure in different ways. They didn’t want an infinite number of different stories. They wanted the ability to move towards a more complete or more satisfying story.

Subject 4: I was trying to guess what would happen, I’m trying to find the perfect ending.

Researcher: So how would you know when it’s the perfect ending?

Subject 4: It just kind of feels right, its more subjective, something rational, there’s a cause to it, I hate when it so abruptly ends, there’s no closure to the whole thing.

On the one hand, this seems to support the One Chance argument. People don’t want a game with infinite endings, but they might want a single ending that is meaningful to them personally. On the other hand, Mitchell and McGee found something unusual when they asked the subjects why they decided to stop rereading. A common response was that the readers didn’t think the ending would get any better on subsequent reads. But when the researchers asked if they had already seen the best ending, the readers claimed that they hadn’t.

[I]t seems that the subjects feel they will reach a point where it “can’t get any better”, although they resisted the suggestion that they had actually seen the “best” version.

On the face of it, this seems illogical. If the ending can’t get any better, you must already have the best ending, right? The researcher’s explanation is that the readers probably felt that future variations would not be significantly different from what they had already seen. That is, they hadn’t seen the best ending, but they also didn’t think the best ending would be much better than the second best ending.

But there is another possibility. Readers may not have been comparing hypothetical future endings to a single ending they had seen, but to the combination of all the endings they had seen. After you go through the story a few times and see how your decisions lead to different conclusions, you start to understand how the storyline branching works as a system. Mitchell and McGee’s readers weren’t satisfied because they got the best ending: they were satisfied because they had mapped the space of all endings. 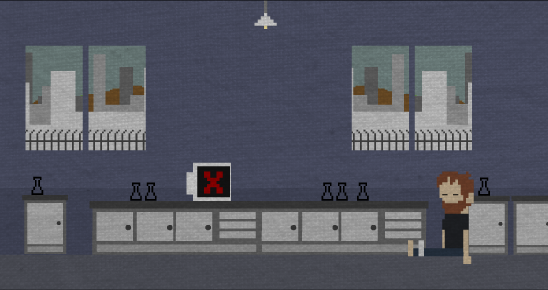 And this, I think, is the closure we look for when we replay games. A well-written game can not only tell you how a a story ends, but also let you figure out for yourself why it ended that way. This experience of moving through a set of possibilities and finding the boundaries of the story can be deeply satisfying to some players. Games like One Chance seek emotional impact by blocking this movement. They can create a unique melancholy by suggesting a greater story space and locking it away. For my part, though, I just kept emptying my Flash memory cache and playing it again. It just wasn’t satisfying otherwise.