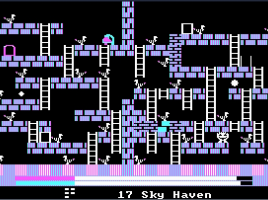 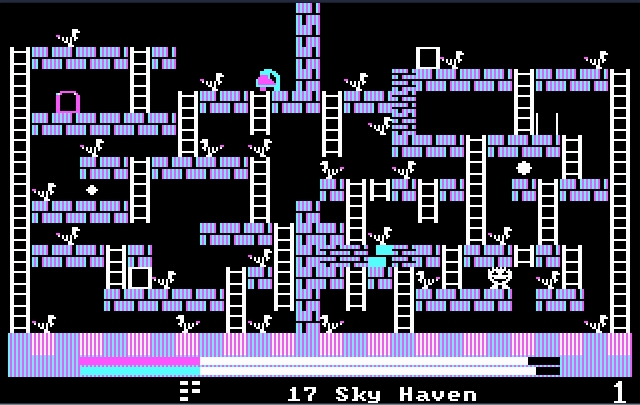 When did you take your first steps in a game? Do you remember? My first steps were in Freddy’s Rescue Roundup, a plinky little Lode Runner clone that shipped with my parents’ first home computer. It was the first videogame I remember playing. You walked to pick up little chickens, because you’re a chicken thief I guess, and to avoid little monsters that looked like candy. As you walked around, you found that certain bits of floor were actually fake, and some of them were bad to walk on, and sometimes there were teleporters. I played it for hours.

In Freddy, like in a lot of early graphical games, moving was the only thing you could do. No shooting, no jumping, just taps on the arrow keys. Movement came into the vocabulary of games so early and so ubiquitously that I think we take it for granted sometimes. Just walking in Freddy’s Rescue Roundup must have been like nothing I ever experienced, but I don’t really remember what it felt like. That frustrates me.

So, do you remember? What was the first game you ever moved in? What did it feel like? Has any game ever made you notice movement again? As before, feel free to comment here or drop me a line on Twitter (@linehollis).