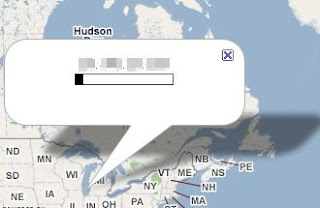 Petri Purho has come up with a brilliant border case of a game in 4 Minutes and 33 Seconds of Uniqueness, the most memorable entry from the recent Global Game Jam.  Inspired by John Cage’s 4’33”, a musical composition without sound, Purho made a game of the same length with no interaction.  You win by running the program for the entire time span without anyone else in the world starting it up.  There is nothing you can do with the game other than begin it.  Even ending it seems to have no effect – your execution stays on the clock until someone else starts up.
The original experience of the game is quiet and tense.  You watch a large black progress bar inch its way across the window until, without warning, the game shuts down.  I have not been able to complete a playthrough and suspect this may be impossible until some time after the release date.  Your defeat is a capricious and startling moment.  It momentarily evokes the knowledge that some far-off player beat you, but the fact that they started the game at that moment is the only thing you know about them.  This lack of both information and control is a novel and weirdly exciting sensation for a game, and the strangeness of 4 Minutes and 33 Seconds of Uniqueness makes a good case for Purho’s implicit argument that interactions are to games as sounds are to music.
An entirely different experience of the game is provided by Jonathan Basseri’s Google Maps mashup, which shows you where the IP address of the current player originates and how long it has been winning.  Suddenly your ephemeral opponents are fixed in space and time, and you can see how well they do after defeating you.  The game suddenly becomes a battle!  For the past two hours at least a player in Chicago has been stubbornly fighting off challengers from New Zealand to Argentina, without ever getting any further than 50% through the game.  I admire Chicago’s diligence, but worry that I may be admiring a script.  The less interaction there is in a game, the more difficult it is to tell the difference between a human player and a bot.