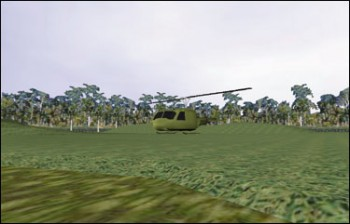 The recent United States Supreme Court decision that affirmed the free speech rights of violent videogame producers was generally viewed as a great victory for the medium. It is a strong statement against future legislation that treats videogames as uniquely toxic to the tender minds of children. As Justice Antonin Scalia wrote in the majority opinion:

As for the argument that video games enable participation in the violent action, that seems to us more a matter of degree than of kind. As Judge Posner has observed, all literature is interactive. ‘[T]he better it is, the more interactive. Literature when it is successful draws the reader into the story, makes him identify with the characters, invites him to judge them and quarrel with them, to experience their joys and sufferings as the reader’s own.’

If games are just another variation in the history of storytelling, the argument goes, there is no reason to subject them to special censorship.

Curiously, this part of Scalia’s argument has ruffled some feathers in the game world. The day of the decision, I had a rather lengthy Twitter debate with Stephen Winson on the subject. And in a recent Kotaku article, Stephen Totilo likewise took exception to Scalia’s opinion that games are nothing special. Totilo paints Scalia as out of touch and contrasts him to Justice Samuel Alito, who wrote a concurring opinion that was less confident that games can never constitute a special class in censorship laws. Alito scoffs at the argument that games are just more of the same: “Only an extraordinarily imaginative reader who reads a description of a killing in a literary work will experience that event as vividly as he might if he played the role of the killer in a video game.” Because Alito sees games as uniquely immersive, particularly as input technology advances, he is willing to consider special censorship for violent games in the future.

Despite its consequences, this is an argument that arouses sympathy in a lot of gamers. We do believe in the unique power of interactivity to create a sense of immersion in a story or game world. We also frequently believe that better graphics, bigger screens, and more natural interaction technology are good ways to increase this sense of immersion. This belief underlies a lot of the hype surrounding the Kinect, such as Seth Schiesel’s characteristically hyperbolic take. Schiesel expects the Kinect to unlock the artistic potential of games, because physical immersion can make for a more intense experience. This rests on much the same foundation as Alito’s argument.

It’s also the same argument that has been made for decades in the field of virtual reality. Out in the real world, VR is usually seen as either science fiction or yet another regrettable fad of the eighties. However, VR does have its practical uses in areas like flight simulation and military training, and is an active research field. VR technologies are all about increasing sensory fidelity, so that the user feels like she is really in a virtual world. This is called the sense of presence. The theory behind a lot of VR research is that you can get good presence by fooling the user’s senses with technology, and presence subsequently has unique effects on learning.

If VR researchers have found evidence for this theory, that would seem to be a good argument in favor of Alito’s position, that interactive technology is uniquely immersive. As it happens, the evidence is pretty weak. Increasing sensory fidelity through screen resolution, stereo graphics, sound, and smell does nothing to guarantee that a user will feel immersed in a world. Actually having them walk around, instead of using a joystick or treadmill, increases presence; but that’s usually impractical beyond a small area.

The thing is, these technologies actually can help, if the user is engaged with the world anyway. But they don’t get you there on your own. I have two stories to tell about presence in virtual worlds. The first is about a virtual environment at UNC Chapel Hill called the pit room. This is a simple environment for testing the psychology of presence (e.g., in this research paper). It consists of two rooms, one of which has a large pit in the center. There is a thin plank extending out over the pit. The user straps on a head-mounted display that shuts out the real world and displays the virtual world in 3D. Users of the pit room are encouraged to walk out as far on the plank as they dare.

Almost everyone is appropriately tentative when first walking out over the pit. You may consciously know that the ground is entirely flat and solid around you, but instinct still kicks in when your senses are fooled to that degree. Watching someone nervously creep forward in the middle of a perfectly normal room is pretty hilarious, and a good demonstration that sensory fidelity can create serious immersion up to a point. The thing is, the second you step out over the pit and feel the carpeted floor under your feet, that immersion is gone for good. Presence from sensory fidelity is a simple illusion, and like any illusion, it is sensitive to being broken. Swinging your Wiimote around like a sword feels great and immersive right up until there’s a slight bit of lag, or a character responding in the wrong way, or you try to make a move that the designers didn’t expect. Once frustration with the controls sets in, that kind of presence is gone.

There is, however, a kind of presence which isn’t sensitive to being broken. I saw evidence of that in the virtual reality community as well. It was a video of a man testing out a system called Virtual Vietnam, which was meant to be a tool for therapists treating post-traumatic stress disorder. (The project, developed by researchers at Georgia Tech, was a predecessor to a current system called Virtual Iraq.) Virtual Vietnam recreated a typical Vietnam war scene, using a head-mounted display like the one in Chapel Hill. Unlike the Chapel Hill system, users moved with a joystick rather than real walking, and the graphics were decidedly primitive.

A screenshot from the Virtual Vietnam project.

That said, this was the only time I’d ever seen someone absolutely immersed in a virtual environment. The man in the video was a Vietnam vet who suffered from PTSD, being talked through a virtual reality session by a therapist. He was panicked, describing in vivid detail the explosions he saw and the injuries of his squadmates. None of this was actually in the virtual world, which just showed a couple of helicopters in a clearing. There were no human characters at all. He was so immersed in the experience that he was filling in the gaps with his own memories.

The video was disturbing, and it stuck with me for a long time. When I hear arguments of the sort put forth by Alito and his supporters in the game world, I always come back to the pit room and the veteran. A sensory illusion can be broken by a single misstep. Illusions that come from within take real effort to break.

The flashbacks of PTSD are an extreme case, obviously. But emotional engagement with art under everyday circumstances can be more powerfully immersive than we give it credit for. Horror movies have given me many sleepless nights hallucinating movements in the shadows of my room. I’ve read descriptions of violence in novels that made me feel physically nauseous. And I have memories of moments in videogames that are as vivid as memories of real life events. Those moments are almost never about beautiful graphics or lifelike interaction. They’re about discoveries, victories, failures, and stories. Just like in other media, the most vivid videogame experiences are well-crafted emotional moments.

I’m not saying that technology has nothing to do with it. When sensory immersion and emotional immersion work together, the results can be incredible. But sensory immersion doesn’t buy you much on its own. If the player’s not emotionally engaged, all that remains is a flimsy illusion. Much as we may like to think of games as special, there’s no need to shoot ourselves in the foot with a belief in the magic of technology. Alito’s concerns are misplaced. There’s nothing unprecedented about games; like any other medium, they need to figure out how to create a sense of immersion by telling stories and building worlds. There’s no shortcut to presence.