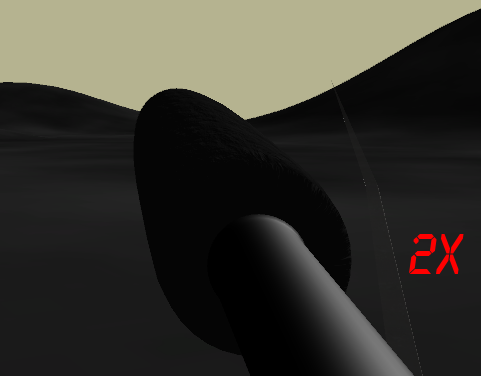 In a few recent blog posts, game critics have been tackling questions about where the borders of gaming lie. This all started with Michael Abbot’s post Games Aren’t Clocks, which argued against mechanics as the primary criteria on which to judge a game. This was quickly taken up by Dennis Scimeca in Games ARE Clocks, who proposed that works that can’t be judged primarily on their mechanics shouldn’t be considered games at all. As Scimeca sees it, the lack of winning and losing conditions in art games like Passage – even god games like The Sims – means they aren’t games and aren’t subject to the same kind of aesthetic criteria as games. In Win, Lose, Or Fail, Kate Cox picks up on this last point and argues that winning and losing aren’t the point, but that all games must have failure or success conditions, even if those conditions are entirely player-defined.

This allows for sandbox games like The Sims to be welcomed back into the fold, which is good. But at this point, the argument starts looking a bit weak. After all, a movie or a book can easily have viewer-defined failure and success conditions. If the couple I like gets together, that’s success, and if the hero gets with the lame love interest, that’s a failure. For that matter, a movie can have author-defined failure and success conditions. We have to blow up this meteor, or the world ends. Let’s spend two hours figuring out whether the heroes succeed or fail. Indeed, everything we know about storytelling is based on how the author creates desires for certain conditions in the audience, then either satisfies or fails to satisfy them. So what’s distinct about games?

The answer is pretty straightforward. Audiences in any medium have goals. They always have states that they want to see and states that they don’t want to see. This isn’t unusual to games. What’s unusual about games is that the audience makes and executes plans. When people talk about winning, losing, competition, failure, success, or agency as vital parts of gameplay, it all just boils down to the fact that in games, people don’t just want things, they can try to get the things they want. A goal is just a desired state; a plan is a proposed sequence of actions to get to that state. Goals aren’t special. Plans are.

One thing that’s special about plans is that the ability to make them requires a few specific things.

This is a list of requirements you might see in an artificial intelligence textbook, in the section on programming agents for planning behavior. But it also sounds a lot like a reasonable definition of a game. Indeed, all of the minimalist art games that push hardest against the boundaries of “what a game is” are pushing against one of these requirements – but never quite crossing it. 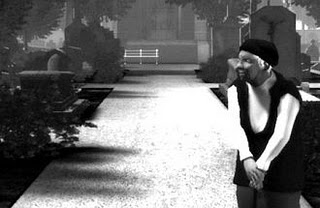 Disregarding the first requirement means making a game in which nothing ever changes. This is a condition toyed with in Tale of Tales’ The Graveyard. You’re an old woman. You walk around a graveyard. You listen to a song. You leave. Now, movement of the main character is technically a change in the game state. It can be used to plan a path to the goal, “let’s see what’s over there.” But it isn’t a very dramatic change, especially when there isn’t anything to see over there. What is interesting about The Graveyard is that there are two versions of the game: a free version, which plays out as I’ve described above, and a paid version, in which there is some chance that the old woman will die while walking around the graveyard. Tale of Tales has some explanation for this that has to do with questioning the priorities of gamers and whatnot. In essence, though, they’re letting you pay to make it more like a game. The woman’s death is a major state change. Introducing the chance of death means that you’re not just walking around, you’re potentially deciding what to do with your last moments. Now you’re making plans.

In addition to the world being changeable, you need to be able to detect those changes in order to plan. At the simplest level, you need to be able to tell whether you’ve reached your goal or not. You also need to gauge your progress by detecting whether you’ve gotten closer or farther. A game that pushes against this boundary would have a full game world that you can’t see or otherwise sense. Aaron Oldenburg’s Invisible Landscaping, a game in which you do some gardening without any graphics to guide you, seems to be one such game. You get some feedback in the form of sound, as well as some information in a heads-up display. But it isn’t quite enough information to make sense of your environment. It’s difficult to even formulate goals in such a game, much less to make a plan to reach them.

The final requirement is that the player is able to make changes to the world. Stephen Lavelle’s monumental Queue explores this boundary more fully than any other game. Queue tells the story of an artist waiting in the dole queue for an unemployment check. In a slow, excruciating scroll, lines of text tick by to tell you what’s happening. You have no control over events, or even over the speed of the scroll. Once or twice, you can press a key to advance the story, but that only serves to emphasize your impotence throughout. It would be easy to make the argument that Queue is not a game, but some kind of animation, apart from the rare key presses. Another way to look at it is that you change the state of Queue by waiting. Your inability to reach your goal by doing anything other than waiting for a painful amount of time fits in perfectly with the themes of the game.

What these games demonstrate is that all this talk of winning and failing obscures a simpler point about what makes games gamelike. Victory is a feeling you get when you reach the goal state in a plan. If that goal state were reached without any input from you, you would get a different feeling. That’s the satisfaction you get from a happy ending in a book. Formulating and executing a successful plan is a very different sensation, and one that’s genuinely unique to games. So is the sensation of a plan falling apart, or a plan resulting in a very different state than you expected, or a plan hastily thrown together working against all odds. None of these experiences has any equivalent in other media.

This is one of the reasons that Abbot’s original argument doesn’t quite ring true. Abbot believes that some games shouldn’t be judged on their mechanics, but on the holistic experience they offer. I’m not so sure you can get a holistic experience out of a game where the mechanical experience isn’t in harmony with the audiovisual and narrative experiences. Planning is how a player experiences mechanics, and the thing about planning is that it happens in a different part of the brain than emotional or aesthetic experiences. Of course, everything is connected. The outcome of a plan provokes emotions, and the audiovisual experience of a game is how you detect the game state that makes planning possible. The experience of following a story contains elements of all these cognitive processes.

At the end of the day, though, generating and executing plans is the most visceral experience of playing a game. As a result, a player who is fully engaged in the story of Final Fantasy VII has a very different response to the death of Aeris than a playgoer does to the death of Juliet. It’s not a tragedy, it’s an outside force disrupting your plans. The playgoer experiences catharsis; the player wonders what she did wrong. Visual and narrative beauty can be part of the experience of a game, but they will always be experienced in parallel to the mechanical experience. They can’t replace it.

Much of our knowledge of storytelling in any medium has to do with how to block, tease, and satisfy an audience’s desires. In games, desires are only part of the equation. We need a different toolkit to create experiences that frustrate and satisfy plans. Building that toolkit is the driving goal of game design at this point in its development. Understanding exactly what we’re talking about when we’re talking about success and failure is necessary to keep this goal moving forward.