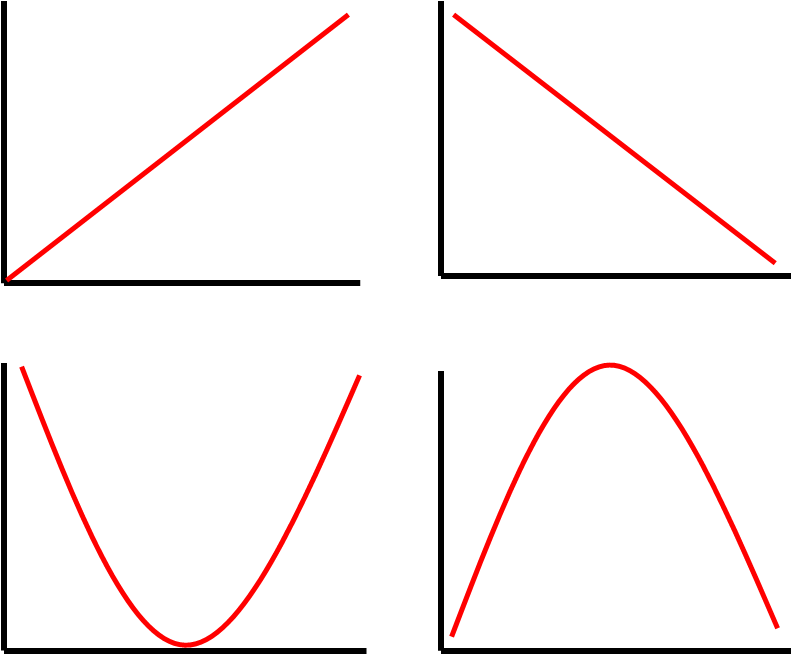 There are a lot of ways you can classify the structure of a story, and many of them have been applied to games in one way or another. One that caused some discussion recently is based on a lecture by Kurt Vonnegut in which he describes stories in terms of the fortune of the protagonist over time:

Inspired by this lecture, Paul Sztajer at Throw the Looking Glass wrote a post arguing that game narratives have a tendency to cut the Cinderella story in half by never inflicting ill fortune on the protagonist. By not letting bad things happen to the player, games limit the kinds of stories they can tell.

So why is this? Part of the answer, perhaps, is that players like to feel powerful, and get angry when power is taken away from them. As Sztajer writes:

Both these problems are symptomatic of a larger issue: that designers don’t like to punish the player. Games are centred around the idea of rewarding the player for playing well, and there is therefore a feeling that if you make the player character worse, you’re punishing the player and they’ll stop playing.

It’s not really an answer I buy, however. Some of the most emotionally engaging moments I’ve ever experienced in games have been moments where power was taken away from me. Based on what I keep hearing about this Aeris character, I’m not the only one. That said, I think there’s something to this idea of people being concerned about punishment and rewards for playing well.

The thing is, I hear players complain about a game punishing them a lot, but not in the same sense that Sztajer is talking about. A good example is the boss fights in Deus Ex: Human Revolution, which were widely considered painful and unfair. This isn’t just about punishing the player. My Twitter’s been ablaze for weeks with people who are just delighted about the brutal, ego-deflating boss battles in Dark Souls. Deus Ex players didn’t complain because they felt punished; they complained because the game encouraged stealthy, nonviolent modes of play outside of boss fights, then forced them into a situation for which their characters weren’t equipped. This is why the battles felt unfair.

This is what really makes players angry: when you set up a system of incentives, then jump without warning into a situation that doesn’t follow that system at all. As I understand it, Dark Souls is punishing from the word go. The game advertises what it is, and players don’t make it to the boss battles if that kind of masochism isn’t their thing.

The same goes for stories. People weren’t furious at the ending of Fallout 3 because their characters died. I mean, they were furious for a lot of reasons. But one of them is that they went from a story that consistently rewarded good behavior to one that killed you for being good, with no transition whatsoever. Contrast with Dragon Age: Origins, which had a similar ending but foreshadowed the everloving hell out of it. That game set up a world where being good often involved sacrifice, if only of your party members’ respect, so the ending didn’t come out of left field. Whatever people thought of Dragon Age, there was no comparable outcry about the fairness of the ending.

I had some of these thoughts in mind following an email exchange with commenter Ari, who really ought to have a blog I can link to in situations like this, yet inexplicably does not. We were talking about character virtues and how designers can track them to make richer stories. After all, moral virtue plays a big part in traditional storytelling. It’s not just that good stuff and bad stuff happens to Cinderella, but that this all happens in contrast to Cinderella’s moral blamelessness. That’s what creates the pathos in her story: no matter how awful things get, she stays a good person. Tragedies, on the other hand, work when a character’s flaws catch up to him. Martyrdom stories work when the character is clearly too good for the world around her.

Therefore, one of the ways you can classify stories is by how their worlds work as moral incentive systems. Vonnegut graphs good and bad fortune against a time axis, and that tells you something about a story. Another graph you can make is good and bad fortune versus good and bad morality on the part of the protagonist: whether he’s rewarded or punished for good behavior.

If there’s a simple linear relationship between morality and fortune, then the better a protagonist acts, the more he’s rewarded for it. If he’s bad, he gets punished. This is the incentive system of the simple morality tales you tell children, where being bad gets you in trouble and you don’t get to go to the party until you apologize. It’s not the basis for a lot of deeply compelling stories, but it’s a starting point.

The inverse of this is a story world where being good gets you punished and being bad gets you rewarded. This is not as common. The only consistent real-world examples I can think of are Lars von Trier’s sadistic melodramas, like Dogville, Breaking the Waves, or Dancer in the Dark, where, for no particular reason, a morally pure woman gets absolutely destroyed for two hours. Some of the goofier versions of fantasy noir, like Sin City, can also fall under this category. Stories set in this moral universe waver between painfully bleak and stupidly hilarious.

Here’s a slightly more complicated curve: a parabola that peaks in the middle of the morality scale. In this world, extreme goodness and extreme badness are punished equally, and only the morally indifferent are rewarded. This is the moral universe of a lot of simple satires, such as South Park, which embody the argument that the morally sanctimonious are just as bad as the damned.

And finally, here’s a morality/fortune graph that should look pretty familiar to gamers. In the inverse parabola, very good and very bad characters are rewarded, while those in the middle are punished. This, or a variation on it, is obviously the moral universe of most games with a morality system. You get bonuses for consistent good or bad behavior, but the ethically ambivalent miss out. Mind you, if you’re bad, you might get a “bad” ending. But a cutscene tacked on to the ending will never have much impact on how a player reads a game, if it’s inconsistent with what they’ve been told so far. For the same reason that good players of Fallout 3 can’t make a martyrdom ending work with the stories they’re trying to tell, evil players of Bioshock aren’t going to feel that bad about getting yelled at by Dr. Tenenbaum.

In reality, however, very few fixed-narrative stories actually embody a consistent moral universe for their entire duration. I mentioned before that Cinderella stays good all the way through. So why is it that her fortune varies so drastically? The reason is that the incentive system keeps switching up throughout her story. It’s really a series of graphs, like this:

In the beginning of the story, Cinderella’s good behavior is punished (her mother dies, she’s tormented by her stepfamily, and so on), while the bad behavior of her stepsisters is rewarded (they get free labor). Then the fairy godmother shows up, and the moral incentives reverse: Cinderella gets to go to the ball, and the stepsisters get snubbed. Then comes midnight and another reversal: her carriage turns into a pumpkin, and the stepsisters convince the Prince that she’s nobody. Finally, the Prince shows up at their humble home, and fortunes reverse again: Cinderella gets to be a princess, and something horrific happens to the stepsisters, level of horrificness depending on what era you’re telling the story in.

The important thing about all of these reversals is that the story announces them with a magical or unusual event. Cinderella’s moral universe doesn’t just change out of nowhere: a friggin’ fairy shows up and casts a spell. Then the clock strikes midnight. Then a powerful person appears at a hovel. Events like these, and the emphasis they are given, tell us that the nature of the story world is about to change. The ending of Fallout 3 follows a moment of thrilling, robot-marching victory for your side, and is announced by a bland conversation that is given no more emphasis than any other conversation in the game. You’re blindsided. The ending of Dragon Age: Origins, on the other hand, is preceded by a momentous offer of magical intervention. This signals the change in the story world in a traditional way.

In stories without magic, these changes are signaled in other ways, but they’re still signaled. Don Corleone gets shot. A messenger from Corinth shows up at Oedipus’s palace. Mercurio and Tybalt die. All major events that signal a sudden shift in the moral universe of the story and, subsequently, either a change in the protagonists’ behavior or in how their behavior is rewarded. And all these events are given special treatment in the storytelling.

I think this is an important lesson for narrative game design. It’s not that you can’t suddenly change the incentive system of a game halfway through. In fact, I think it would be interesting if more games did this; that’s one way out of Sztajer’s Half-Cinderella problem. The Half-Cinderella arises when a player notices the incentive system they’re playing in and figures out how to optimize it. After all, optimizing reward systems is what players do when left to their own devices. Changing up the incentive system could, in theory, make for a more varied and emotionally gripping experience, whether we’re talking about gameplay incentives or moral ones. But if you don’t signal the change, you’re just screwing with the player.